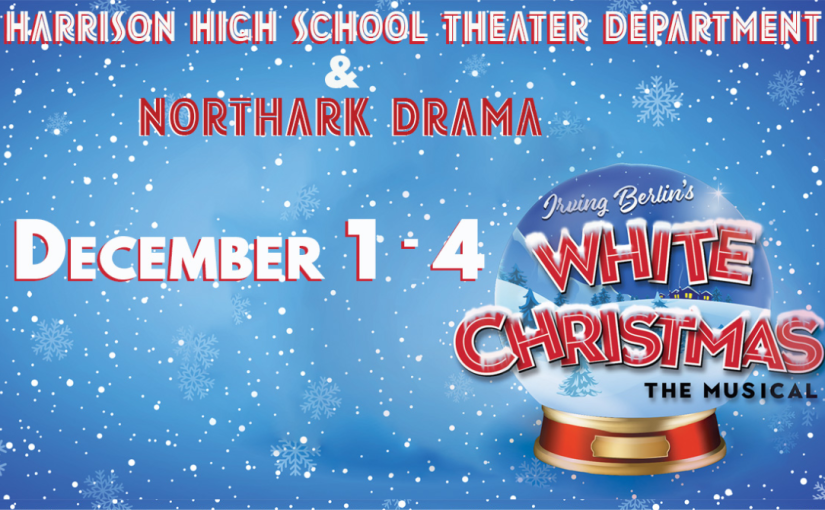 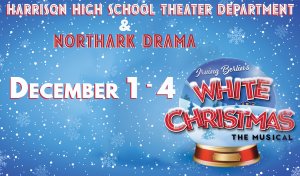 NorthArk Drama, HHS Theatre Troupe 2715, and The Ozark Arts Council present White Christmas performed at the Historic 1929 Lyric Theater December 1–3 at 7:00pm and December 4 at 2:00PM. Tickets are $18 for adults, $15 for seniors and students, and $12 for children, when bought in advance; prices rise $3 if purchased at the door—$15 for children, $18 for seniors and students, and $21 for adults. Veterans and Active Duty Service Members receive a discount by choosing the Veteran discount ticket.

For those who love the movie, the play will give you a double treat, because of the sub-plots and character development, plus the greater involvement of beloved-but-minor characters (especially Susan and Martha!). With a dazzling score featuring well-known standards including “Blue Skies,” “How Deep Is the Ocean” and the perennial title song, White Christmas is an uplifting musical that will surely get you in the holiday spirit!

Join us at The Lyric for White Christmas, December 1–3 at 7:00PM, December 4 at 2:00PM #LiveAtTheLyric. Tickets on sale NOW! Become an OAC Member at Join.TheLyric.org! 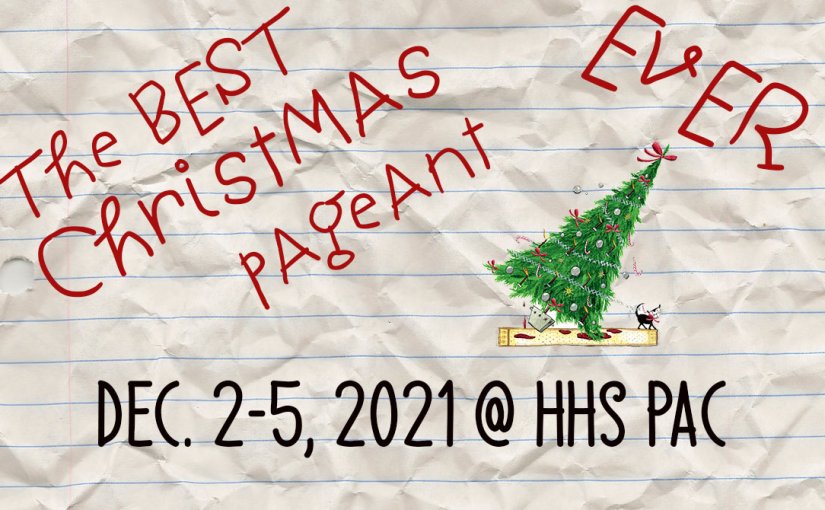 The Best
Christmas Pageant
Ever!

Harrison High School Theatre Department presents The Best Christmas Pageant Ever at the HHS PAC on December 2, 3, 4 at 7:00pm and December 5 at 2:00pm. Tickets are available through HHSPAC.org with Advance Tickets priced at $8 children, $10 seniors, $12 adults. Ticket prices at the door will be $11 children, $13 seniors, $15 adults. All performances will be held at the Harrison High School Performing Arts Center (HHS PAC).

Thanksgiving is over and Christmas is speeding merrily closer! What better way to get in the holiday mood than by going to a performance of The Best Christmas Pageant Ever? 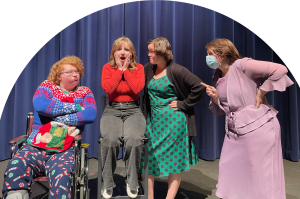 In this hilarious Christmas classic, a mother (Faith Nix) struggles to put on a church Christmas pageant with her husband’s (Joseph Claus) help, but is faced with casting the Herdman kids—probably the most inventively awful kids in history (Cookie Simpson, Jude Bilbee, Donovan Walters, Rilee Young, Lily Brockelman, Addie Jones), as well as wrangling her own unenthusiastic children Beth (Lilly Mangrum) and Charlie (Zachary Jimerson) into assisting. 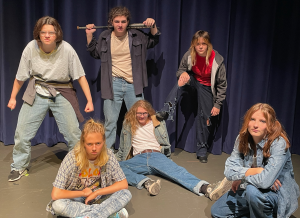 When you add an unwilling menagerie of kids of all ages into the mix (Ricky Bates, Brinkley Brewer, Maci Bright, Mysteri Cotton, Liam Dupre, Victoria Hudson, Caden Lambert, Ethan Rouse), as well as some nosy busybodies who can’t wait to see it all crash and burn (Mandy Prpich, Jennafer Wilson, Iria Delgado, Camron Edwards, Laken Steiner, Elijah Ford), you’re in for one wild sleigh ride! You won’t believe the mayhem—and the fun—when the Herdmans collide with the Christmas story head on! 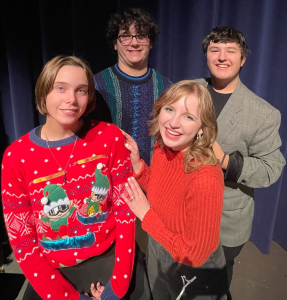 This delightful comedy is adapted from the best-selling Young Adult book by Barbara Robinson, and will certainly put you in the mood to sing a carol, drink some hot chocolate, and pull your loved ones in close.

The Best Christmas Pageant Ever will be performed at the HHS PAC on December 2, 3, 4 at 7:00pm, December 5 at 2:00pm. Tickets available at HHSPAC.org and TheLyric.org (please note: all performances of this play will be at the HHS PAC; the ticket selection page will indicate accessible seating options).

Donations are also being accepted for Children’s Charity Ministry at each performance. If you would like to donate, please bring your donations to the play and put them in front of the tree at the entrance to the PAC.

The following are the items we need donated; please stick to this list, as it is what CCM is equipped to use:

Hey, Herdmans…it’s a BOOK, too!

As with any adaptation of a book to a live performance—and our season is full of them this year!—we suggest a (re-) reading of the book both before and after the performance.

We suggest this because it both prolongs the entertainment and makes the experience more enriching. By reading the book before and after, you are able to engage your own imagination of the characters and scenery, etc., or even of the nuances of the plot, then gain insight into the playwright’s imagination of the same, and then deepen and broaden your own imagination through the post-performance reading. You may agree or disagree with any playwright’s choices in an adaptation…and, maybe, if you disagree enough, another playwright will have been created!

To read Barbara Robinson’s The Best Christmas Pageant Ever (and the other two volumes of her series with the Herdman kids!), visit the Boone County Public Library or a library near you…or buy it online for under $6! A version to read on tablets (or with the Kindle app for Chromebooks and MacOS, Windows, and Linux computers) is available for FREE in the same place! If you follow our links to buy the book, you’ll notice that where ‘www’ normally is, it says ‘smile’, which means you can designate the OAC/Lyric to receive a portion of what you pay for the book (it won’t increase your price or take money away from creators or producers of a product, but comes out of Amazon’s profit).

Join us at The Harrison High School Performing Arts Center for a literary classic brought to life! Tickets for The Best Christmas Pageant Ever, December 2–5 Live At The #HHSPAC, are available now through HHSPAC.org or here at TheLyric.org by clicking any “Get Tickets” link, or calling the OAC office at (870) 391-3504 (please leave a detailed message if you get our voicemail). 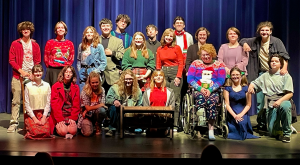 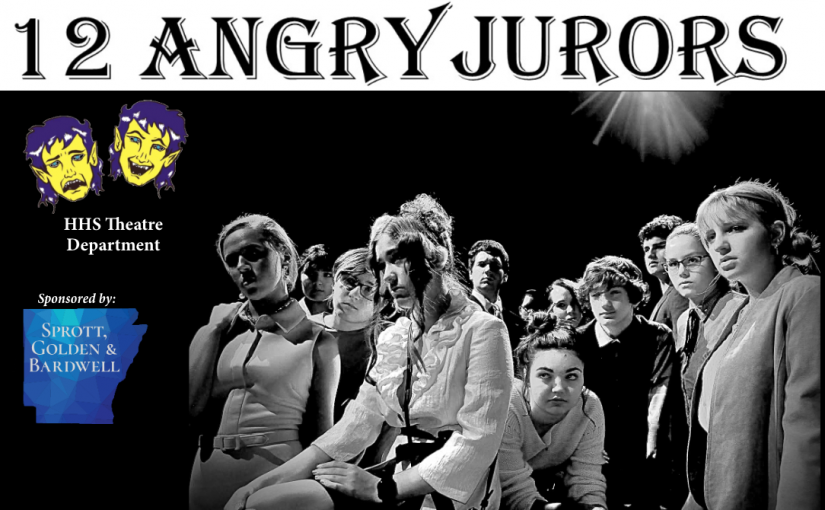 Harrison High School Theatre Dept. proudly presents 12 Angry Jurors, sponsored by Sprott, Golden & Bardwell. This play will be held in the black box theatre in the Theatre Room at HHS. Tickets are limited as it will be theatre-in-the-round, and are available at TheLyric.org. 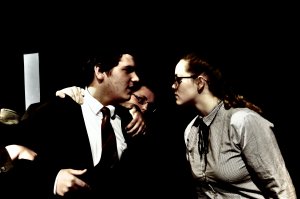 Note the difference in Friday’s showtime to allow you to see the play and cheer on the Goblins as the state football tournament begins.

Please Note: This play will take place at Harrison High School; many thanks to the Ozark Arts Council for the use of their ticketing software!

12 Angry Jurors is based on the Emmy-Award winning TV movie 12 Angry Men, and students ranging from freshman to senior will present this intense play 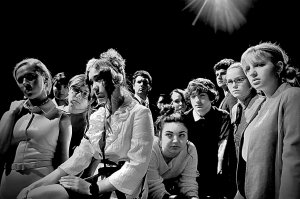 A 19-year-old man has just stood trial for the fatal stabbing of his father. “He doesn’t stand a chance,” mutters the guard as the 12 jurors are taken into the bleak jury room. It looks like an open-and-shut case…until one of the jurors begins opening the others’ eyes to the facts.

“This is a remarkable thing about democracy,” says the foreign-born juror, “that we are noticed by mail to come down to this place and decide the guilt or innocence of a man; of a man we have not known before. We have nothing to gain or lose by our verdict. We should not make it a personal thing.” But personal it does become, with each juror revealing his or her own character as the various testimonies are re-examined, the murder is re-enacted, and a new murder threat is born before their eyes. Tempers get short. Arguments get heated. And the jurors become 12 angry men and women. The jurors’ final verdict and how they reach it will electrify you and keep you on the edge of your seat.

12 Angry Jurors
presented by the HHS Theatre Dept. and sponsored by Sprott, Golden & Bardwell will be performed November 14 and 16 at

All performances will be at HHS in the black box theatre in the Theatre classroom. Tickets are available at TheLyric.org.