It is not often that someone comes along who is a true friend and a good writer. Charlotte was both.
– E.B. White, Charlotte’s Web

NorthArk Drama and The Ozark Arts Council, under license from Dramatic Publishing, will present Charlotte’s Web LIVE at The Lyric Theater in Harrison, Arkansas, on May 5, 6, 12, 13 at 2:00 pm. Tickets are available through TheLyric.org with Advance Tickets priced at $8 children, $10 seniors, $12 adults. Ticket prices at the door will be $11 children, $13 seniors, $15 adults.

The Ozark Arts Council is hosting a barn-raising that will make any farmer proud, as E. B. White’s beloved ‘Wilbur’ moves into the Lyric! The favorite little piggie of children everywhere has taken up residence as he prepares to entertain us in the NorthArk Drama/OAC production of the beloved classic, Charlotte’s Web! With an amazing cast of both veterans and newcomers, audiences of all ages will delight in this heartwarming story of a spider’s becoming the advocate of the little guy that she declares is “Some Pig.” Performances are May 5, 6, 12, 13 at 2pm and tickets are on sale now and going fast!

After her father, John Arable (Jacob Kolb) spares the life of a piglet from slaughter, his daughter, Fern (Gigi Crenshaw), nurtures the piglet lovingly,

naming him Wilbur (Preston Garrison), even though her mother, Martha (Kayla Smith), thinks she already spends too much time with the animals, and her brother, Avery (Wyatt Mahoney) is too busy with his frogs to take much notice. When he’s older, Wilbur is sold to Fern’s aunt and uncle, Edith and Homer Zuckeman (Abigail Kops, Landon Helsel), and cared for by their farmhand, Lurvy (Matthew Brown), in whose barnyard he is left yearning for companionship but is snubbed by the other animals (Emily Akins, Laine Hilliard, Shelby Stracner, Elizabeth Smith), until he is befriended by a spider named Charlotte (Callie Johnson), living on a web overlooking Wilbur’s enclosure. Upon Wilbur’s discovery that he is once again intended for slaughter, she promises to hatch a plan guaranteed to spare his life, with a little help from the local barn rat, Templeton (Daniel Seay). As fans already know, and as those new to this beloved tale shall soon find out: “No one had ever had such a friend. So affectionate, so loyal, and so skillful,” as Charlotte.

With a cast of colorful characters ranging from adults to small children, and narrated by a skilled trio (Brinkley Brewer, Lexi Sprenger, Ella Domino), don’t miss this heartwarming (and sometimes heartbreaking) tale that proves friendship can come in the most unlikely of packages and that words have the power to save anyone, even the sweetest of little pigs.

I would like to say “Thank You” to all the cast and community members that have worked on this production. It is a joy working with a cast of all ages. Children from six years of age, middle school, and young college students are making this production thrive. What a wonderful story to be able to share with all of our community. See you at the Lyric!
— Michael Mahoney

Charlotte’s Web was one of my all-time favorite books and movies as a child, so when Michael asked me to help out with the show, I could hardly say no.

The show is a challenging one for sure! Asking actors to portray animals and humans all at the same time…well, that gets tricky; but we have an extraordinary cast who is both dedicated and fearless in this adventure and I couldn’t be prouder of them. I am thrilled we were able to get some area schools to attend and I look forward to future

projects where we can also involve our local school children. That is what it is all about, right? We are bringing the Arts to our community and we are having so much fun doing it. As always, I am grateful for the opportunity to work with Michael Mahoney and North Arkansas College, as well as the Ozark Arts Council. Charlotte’s Web is fun entertainment for the whole family that also provides some amazing life lessons and heartfelt human emotions to which we can all relate.  I hope to see everyone in our community come out and support the children and adults who have worked so hard to bring this show to life!
— Bekah Wilson

Area schools were invited to four special matinee performances and will be filling the theater with their laughter. We weren’t able to fit all of the students from all of the schools into the theater, though, (and those who get to see it with their classmates will want to come back and share it with Mom, Dad, Grandma, Grandpa, and their siblings!), so make sure not to miss your chance to once again delight in this story of friendship: get your tickets while seats still remain! 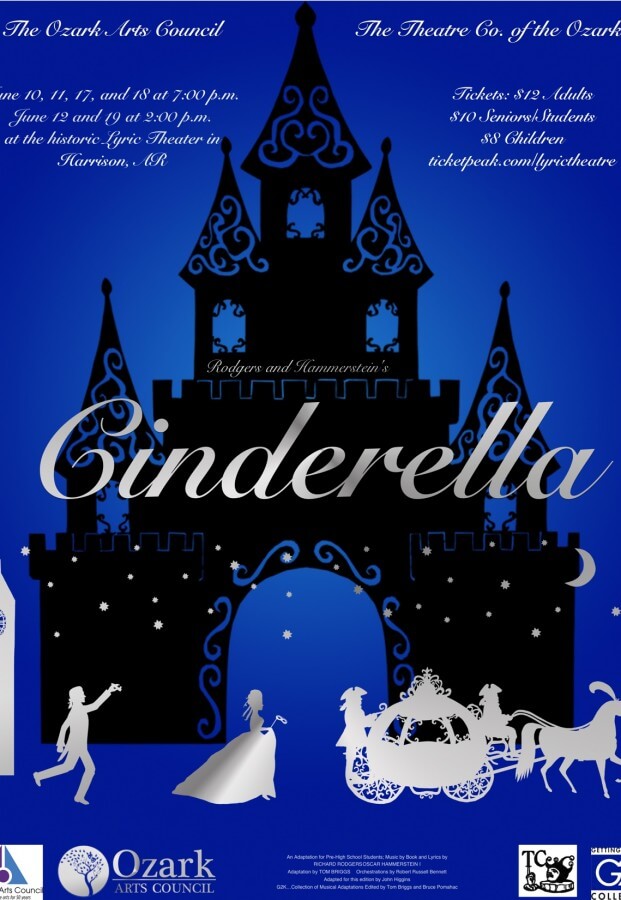