Top Solo Blues Artist Eli Cook Heads to The Lyric for a Class and a Concert!
Saturday, October 5 at 7:00PM

Join us on October 5 at 7:00pm, for the guitar mastery and rich baritone voice that brought the writers of Blues Matters magazine to rank him as a “top 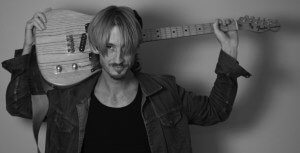 international solo artist” above Devon Allman and Elvin Bishop…before he had reached his 30th birthday: Eli Cook’s busy hands and feet (resonator and 12-string, plus tambourine and stompbox) are coming to the Lyric this Fall!

PLUS: Eli Cook’s Acoustic Blues Guitar Workshop October 5 from 3:00–5:00! Ages 13 and up with moderate to advanced skill levels and an interest in “Blues based music.” You must bring an acoustic guitar (no electric instruments will be allowed this time). If you know basic chords and want to play the Blues or incorporate its influences into your playing, there will be something here for you; if you know more than that, there will be something here for you, too! BUT: Get your concert tickets first, so that you save $10 on this class! (More info below!) 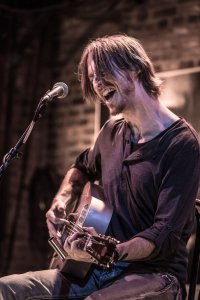 Through the years, Cook has performed and recorded both acoustic and electric blues, and his Primitive Son album (2014), contained guest appearances by Vinny Appice and Artimus Pyle (drums); Tinsley Ellis, Eric Gales, Leslie West, Pat Travers and Harvey Mandel (guitar); Sonny Landreth (slide guitar); Rod Piazza (harmonica); and Reese Wynans (Hammond B3 organ). He has shared the stage with B. B. King and other greats from Johnny Winter, Robert Cray, and Robin Trower to Shemekia Copeland and Parliament-Funkadelic, appearing every where from the Kennedy Center to the South by Southwest festival…and now we are pleased to welcome him to The Roots Music Palace of the Ozarks, Harrison’s historic Lyric Theater!

Coming from Albemarle County in Virginia at the Foothills of the Blue Ridge Mountains, Eli Cook grew up listening to the blues, country, classic rock and alternative rock. He grew up with no TV and radio shows like Prairie Home Companion were his Saturday night entertainment. Life moves slowly in this rural area of the world giving him time to hone his skills with his voice and guitar chops. At 18 he was opening up for B.B. King—a few years later he’s playing in Canada the one week and then the next week he’s blending in with his hometown locals.

Tickets are available now for Eli Cook’s Saturday, October 5 performance at Harrison’s historic Lyric Theater, now celebrating its 90th year. This is a venue perfectly constructed for a performer like Eli, with the maximized ‘live’ acoustics that were necessary for the first generation of talking motion pictures—and the dedicated Lyric fans that consistently fill our seats for blues concerts will make for the sort of electric environment this acoustic blues concert deserves, so choose your seats early for what promises to be an outstanding evening!